Rebranding in the 2010s: The Netflix slash Qwikster debacle 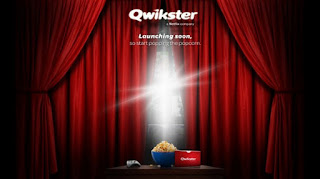 I've experienced this myself -- when a company I worked for briefly split in two and became one company with two websites. It was a difficult decision, and even more difficult transition.

There are the obvious complications that come with re-branding a business: new logos, new colors, new business cards, new letterheads, etc. These are the same problems transitioning companies have dealt with for years. But today there is so much more to worry about.

Today, rebranding businesses have to consider the transitions in the digital world as well.

There's website domains. Is your URL available? Or how much is it going to cost you to purchase it from that squatter?

There are SEO effects. Sure 401 redirects will combat a complete domain swap. But all the work you've done creating inbound links from other highly-ranked websites; all the research on META tags, keywords, and descriptions; and any positive effects you've received from social search (SPYW) is as worthless as having a Facebook page with zero "likes."

Which leads me to the biggest issue -- and the one that eventually put an end to Netflix's rebranding fiasco -- is the question of what to do if your handle isn't available on the social networks?

Just as there are domain squatters for URLs, there are Twitter and Facebook handle squatters. As soon as it becomes apparent any social network is the "next big thing" and opens itself up to business and companies, users sign up and sit on social network names. Heck, I'm not even squatting and I have 27 Twitter accounts and 13 Facebook usernames. But unlike URLs which have democratic companies monitoring and maintaing these domains (i.e. GoDaddy), social network handles are a ruleless wild west for name-squatting cowboys (and cowgirls).

The moment Netflix announced they were rebranding their DVD mailing service as Qwikster people jumped on net and blew up search engines with the term "Qwikster" -- which inevitably lead them to find a foul-mouthed, pot-smoking Elmo who already owned the Twitter account for @Qwikster. It was major flaw in C-suite's plan for Netflix. Something you'd expect a company as successful as Netflix to have thought of. But they didn't. And they soon lost the quickdraw gun fight with Jason Castillo (aka @Qwikster) who's since cleaned up is act a bit -- changing his profile picture to a crest and washing his mouth out with soap -- but not before single-handedly putting an end (and some bad PR) to the Netflix / Qwikster debacle. And... 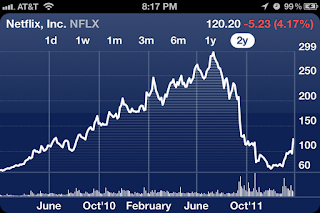 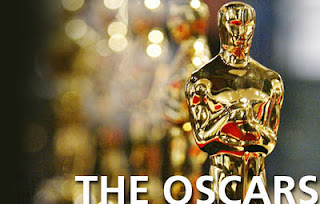 The American Academy of Motion Picture Arts and Sciences (AMPAS) must have a sign hanging outside their door: "No wizards, witches, puppets, mutants, bridesmaids, drivers, or samurais allowed!" Because these are the films they nominated for the Best Picture Oscar this year:

Not only are these nine films not in the general movie-going top 10, according to the box office numbers for 2011:
But they are also not in the general movie-critic's top 10. This is what RottenTomatoes currently has each of those nine films rated at (if you don't know, these percentages are based on the number of "approved" critics who gave the film a positive review):
And lastly, and most importantly *wink*, this is what I thought about those nine films:
IMHO, these are the films I thought were the 10 best of 2011, and the films the Academy should've nominated:
So c'mon AMPAS, is this really how it is going to be? Is that what we, the movie-watching public has to look forward to each year? Because I couldn't care less who wins. I have no rooting interest. And no horse in the race. If you really want the tagline "Oscar-winning" to mean something to the next generation of movie-goers, you're going to have to connect with them. And posting your "no wizards, witches, puppets, mutants, bridesmaids, drivers, or samurais" nominations is not the way.
Posted by Unknown at 9:11 PM No comments: 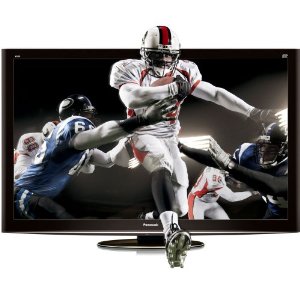 I recently purchased a 3D television (LG LW5600 3D LCD LED HDTV) and absolutely love it for watching 3d Blu-ray movies (i.e Thor, Captain America, Tron), but there is a definite gap in programming when it comes to TV and sports. Especially on AT&T's U-Verse, which no longer carries ESPN 3D or any networks that specialize in 3D.

But the word on the street is that NBC will be broadcasting this year's Super Bowl in 3D. I've had multiple sources tell me that DirectTV will definitely have it. And I'm hoping, somehow, U-Verse will have it as well. But I can't find a single article, or single worker at AT&T who can either confirm or deny it.

Which leads me to this blog post. If anyone has any information on this, please leave a comment. I'd love an answer by Saturday.
Posted by Unknown at 8:10 PM 2 comments:

The Grey: the movie's deeper meaning between black & white 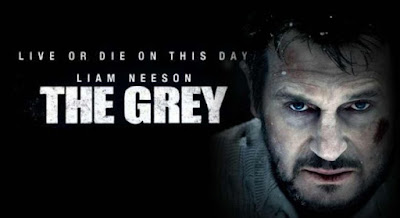 If you haven't seen it yet, all you need to know about the movie The Grey is that 59-year-old Liam Neeson fights off gray wolves with broken airline liquor bottles taped to his hands. But the screenplay, written by director Joe Carnahan and Ian MacKenzie Jeffers (who also wrote the book from which the movie is based), is much deeper than that. And that's where the SPOILERS begin!

Jeffers' book is titled "Ghost Walker" which all but proves my theory -- my theory that this film doesn't take place in the Alaskan wilderness, there is no plane crash, the wolves are a "test" of his faith, and Liam Neeson is already dead.

My theory is that The Grey is purgatory.

The movie starts with John Ottway (Liam Nesson) contemplating suicide, a choice he consciously decides against -- or so we think. As the movie progresses there are three or four distinct times he could have actually died, leaving this world and entering a realm of purgatory where his faith is tested before moving on to the afterlife.

Throughout the film we also get glimpses inside Ottway's memories, including the repetitive vision of his wife lying next to him in bed, reminding him to "not be afraid" (we later learn that this is actually a hospital bed -- but can't tell which of them is sick). And we get a flashback to his job as a gray wolf assassin, protecting his fellow oil-riggers from attacks. It's a job he despises.

Jumping ahead, post-brutally-realistic plane crash, Ottway eases a victim's death by informing him to just relax, "it'll slide over you, it'll feel nice and warm." Strangely descriptive for any living soul to know without experiencing for themselves. His fellow survivors are equally curious.

Later that night the first group of gray wolves attack their "camp." Coincidentally, these are the exact predators that Ottway has become an expert on through his experiences and research for his job. The wolves continue to attack an unrealistic number of times as the days go on (something animal-rights activists are howling over), killing the survivors off one-by-one. Now it could just be that this is a Hollywood action film, but I would like to give it more credit than that. Maybe this is our first hint that these animals aren't real, the entire experience in fact is part of Ottway's "test."

And then there's Ottway's father's poem -- revealed during a deep conversation of faith, religion, and the after-life amongst the survivors:

I fully expected it to end with "... the grey." And when it didn't, the red flag was raised. So what is "The Grey" then? It can't just be a reference to Ottway's grey beard, can it? And grey wolves are actually "gray" wolves -- with an "A" not a "E". Which got me thinking...

Grey is the color between white and black, between life and death, between heaven and hell. The Grey is purgatory.