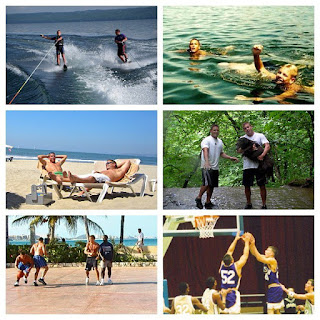 One of my best friends, Trent White, recently lost a hard-fought battle with cancer. He was 28 years old. 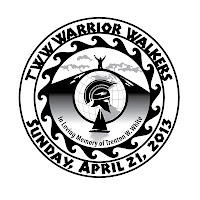 Eight months earlier, in November of 2011, Trent was diagnosed with Squamous Cell Carcinoma of the Oral Tongue. He didn't smoke, chew tobacco, or have any known reason to have this disease. Oral cancer has existed outside the awareness of much of the public, yet it will take one life, every hour of every day in the United States.

Help me promote oral cancer awareness and donate to the Oral Cancer Foundation in Trent's honor by clicking the "Support Me" button here. Thank you for joining us in the fight to end oral cancer.

REMEMBERING TRENT...
Trent and I didn't get to see each other as much as we would've liked. But we could always count on seeing each other every summer at my family cottages in Nut Ridge, NY. And we always made the most of it.

Even if it was just a long weekend, we always squeezed in as much as we could. A day in Nut Ridge with Trent usually looked something like this: a morning hike (where we inevitably ended up axing down a tree or shot-putting boulders off a waterfall); an afternoon of boating, skiing, wakeboarding, and tube wars (where 3 of us would get on our own raft behind a boat and literally battle like Gladiators until someone fell off -- or their shorts did -- which often didn't stop Trent); and then the occasional 9 holes of "golf" (where we usually just ended up drinking beer and racing golf carts with our shirts off).

Just last summer, someone decided we should each tell our "CRAZIEST" story. I think I may have gone first, then maybe Mike, Nat, Ally, Russ, and then we got to Trent.

Trent's story was indeed crazy. Let's just say no one else told a story after Trent. If you really want to hear it -- and have at least an hour to spare -- ask me about it sometime.

It would take weeks to tell you all the wild, hilarious, insane, amazing, unbelievable, inspiring, incredible, and crazy stories about Trent and his antics -- someday I might even write a full-length action-adventure romantic-comedy about him -- but for now this montage of photos and videos from friends & family will hold its place.

This is just a glimpse of the amazing life of Trent White:

Posted by Unknown at 5:19 PM No comments: