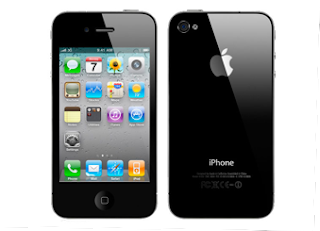 I know, the iPhone 5 hasn't even been announced yet - but I already can't wait for the iPhone 6. History tells us the 5 won't likely be anything spectacular. Apple is known for their annual product release cycles, but traditionally it's every two years the hardware is truly updated. Every other year it is just a recycle of the previous product. And I am betting by the time the iPhone 6 comes out in the summer of 2012, it will:

Posted by Unknown at 7:27 PM No comments: 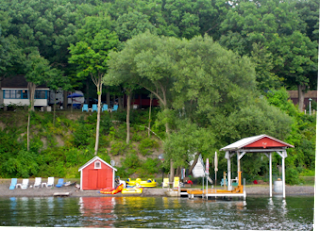 The Pratt family has spent every summer of their lives for 4 generations and 70-some consecutive years at our cottages on the Finger Lakes in upstate New York. These two cottages - one red, one white - are purely summer homes for entertainment and relaxation. But there are some rules:

Voluntarily breaking these rules will result in an immediate revoking of the Nut Ridger title and permanently temporary ban from having fun.
Posted by Unknown at 8:15 PM No comments: 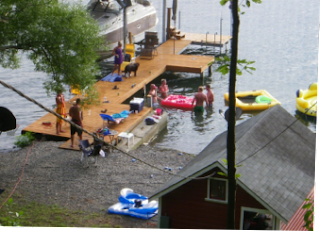 Nut Ridge is a small community on Cayuga Lake in upstate New York. My family has had two cottages there for four generations.  Over those 70-some years, nine facts have always rung true:

There is no debating this. It is the word of Pratt.
Posted by Unknown at 7:02 PM No comments:

Nut Ridge Six-Handed Bid Euchre was invented by my grandparents in the 40s or 50s in the village of Nut Ridge on the east shore of Cayuga Lake in upstate New York. They devised the game to solve the problem of having too many euchre players at weekend gatherings. According to all who have tried it, Nut Ridge Six-Handed Bid Euchre will make you forget all about it's bland four-handed cousin. The following description assumes you know how to play four-handed. Six handed is not the place to learn euchre, although four experienced six-handed players can have a decent game with two "never-evers" who don't know a bower from a beer nut.

Two teams of three each are seated alternately around a table. Teams start at 21 points and try to get to zero. Teams that successfully take the number of tricks they bid have that number subtracted from their score. Tricks taken in excess of the bid are not counted. A "loner" (playing it "alone") counts 10. If you are unsuccessful in making your bid, your score goes up by the number you bid and your opponents' comes down by that same amount. Euchres are painful, but then, so is under-bidding.

The deck consists of 32 cards - seven through ace. Cards are dealt in groups of three and two so that each player gets five cards. There is a two card kitty, which goes to the person who wins the bid. Bidding proceeds clockwise around the table one time. Each bid must be higher than the preceding. All suits are of equal value. Of course anyone can pass. After discarding the two unwanted cards from the kitty, the bidder leads the first card - almost always a trump.

Bids:
One bid = You have the right bower, little else.
Two bid = You have three trump, but no bower.
Higher bids (3,4, 5 and "alone") = You should have more than a one or two bid unless you're building on a partner's bid ... or you're a certified Nut Ridge lunatic like Betty Jeanne Pratt or the Pafesser. In general, you're bidding the number of tricks you think you and your partners can take. An example of a three bid is a bower and two other trump. A four bid might be a bower, two trump and an outside ace. If you yourself have enough to take five tricks, you should play it "alone", since you get ten points instead of five. Five bids are normally attempted when you are building on a partner AND your opponents have bid four. This is because five bids are hard to make unless you have a real powerhouse yourself , and in that case, you should be playing "alone".

Finer Points of the Game:

Posted by Unknown at 5:28 PM No comments: