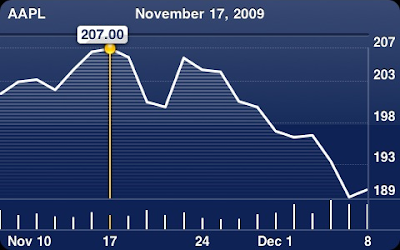 Apple's new iOS 7 mobile operating system is a big departure from the previous 6 versions. In fact, it's the first big change since its inception in 2007. Change is good -- and iOS 7 is great! But Apple could actually lose money as a direct result of this new operating system update, and here's why:

iOS 7 includes a new feature which automatically updates apps in the background, which means you never have to open the AppStore app again.

Imagine if your peanut butter cans, milk jugs, and ketchup bottles automatically refilled at home without ever having to go to the grocery store again -- would you ever have Oreos in the cupboard, ice cream in the freezer, and mustard in the fridge? Probably not.

Therefore, this great new iOS 7 operating system that's a major improvement over it's predecessor could actually cost Apple money in the long run.

Agree? Disagree? Let me know if the comments after you install iOS 7 on September 18th. All I know is I've been running iOS 7 for a few weeks now and I'm yet to spend a dime in the AppStore (not including CandyCrush in-app purchases, of course).
Posted by Unknown at 7:30 PM No comments:

They say it takes 21 days to form a habit. And therefor another 21 days to break it. But making the switch from analog to digital is harder than just breaking a habit. It's generational. But just because you were born in a specific decade doesn't mean you have to be stuck in the paper age.

Here are nine tips to help you go from a scribbling-pen-and-paper boomer to a digital millennial:
Follow these tips and you'll find yourself not only paperless, but also much more organized and ultimately happier.

Have any other helpful tips? Add them in the comments below:

Posted by Unknown at 7:17 AM No comments: