Why I stopped reviewing movies


On December 20th 2011, I officially reviewed my final film. Since then, I have been asked multiple times why I quit. After 2½ years, 401 top-ten articles, and 943 attention-span-sensitive movie reviews, how can I just stop? The answer is simple: my opinion doesn't matter.

Consensus reviews and social suggestions are the future of critic recommendations.

There's a reason why The Academy Awards have been giving out Oscars for 84 years. And it's the same reason RottenTomatoes.com has over two million visitors per month. The consensus opinion is the only way to fairly judge what's best and truly make a recommendation of value.

But now, in today's highly connected world of social networks and technology, not only are the reviews of those experts more easily collected and quantified into meaningful rankings, but so can the reviews from your friends. And like everything else in life, the opinions of those closest to you are the only ones that really matter.

It's why Facebook's "Like" button is so meaningful, and why those posts with the most "likes" appear at the top of your homepage. It's also why the most tweeted and retweeted topics appear on the new #Discover tab of Twitter.

Don't get me wrong, expert opinions still have their place. The experts have the time to narrow the field for us. They can see everything, find the diamonds in the rough, and direct us down the path towards the "likable." Without the experts -- plural -- we'd have no guide. But only our "friends" -- those with similar interests and opinions -- can possibly predict what we will actually "like."
Posted by Unknown at 11:25 AM 1 comment:

The death of news? Long live a world wide web of keywords

News isn't dead. It's just transforming with the new forms of media. 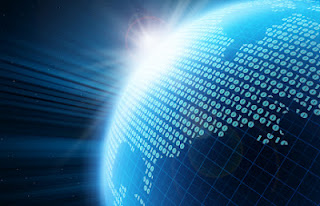 There used to just be news. It didn't come in multiple forms. In the beginning, it didn't even come from multiple sources. It used to just be word of mouth. You heard about the news from friends, family, and neighbors. It was extremely local, which in turn made it extremely interesting and extremely relevant. Any and all news was newsworthy.

Then specific news sources were created -- newspapers, followed by radio and TV, and finally the world wide web -- eventually creating a news network so vast, reaching so many, that news was no longer newsworthy.

So news was divided into sections, creating not only local and national news for specific geographic regions, but also topical sections based on human interests. These human interests became the key to delivering the most newsworthy information to the most interested audience. And so, self-selecting audiences were born. Audiences who self-selected themselves as being interested in certain topics and sections of news. It started in the form of "pass me the sports section"; which became "favorited" niche websites and blogs; and eventually became what we know today as a "Like" or a "Follow".

But today, news is not only divided into sections for specific self-selecting audiences, it's also broken down by specific keywords. These keywords are used to tag or label news with specific related terms. The entire internet is based on the relationship between these keywords. Without them, Google wouldn't be relevant, Wikipedia wouldn't be vast, Twitter wouldn't be as global, and you wouldn't end up on oranges when you started with apples. Without keywords, you not only wouldn't be able to find what you consider newsworthy, you also wouldn't discover anything new.

Today, news is all related through a interconnected web of keywords -- the world wide web of keywords. And without it, news would die.
Posted by Unknown at 2:20 PM 1 comment: 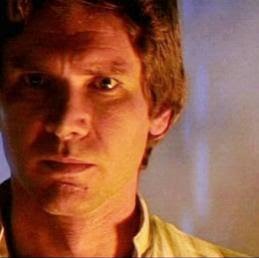 The greatest movie quote of all-time?

And like Han Solo, that's all that needs to be said.