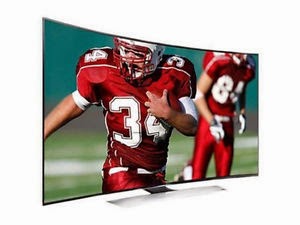 Does anyone know if the 2015 Super Bowl XLIX will be broadcast in UltraHD 4K? Interestingly enough, I posed a similar question 3 years ago on whether the 2012's Super Bowl XLVI would be on TV in 3-D. And today, I'm in the same boat.

I recently purchased the Sony XBR65X850B 65" LED 2160p Smart 3D 4K Ultra HD TV. And though there isn't a ton of content out there (beyond Breaking Bad, House of Cards, and some Flowers and Forests on Netflix or a few free UHD movies on Amazon Instant Video), it's still an unbelievably good upscaled picture for standard 1080p cable television and Blu-ray discs.

I was hoping this year's Super Bowl XLIX would be broadcast in 4K (since it appears the 2014 Super Bowl on FOX was in Ultra HD) but everything I can find says otherwise:


Anyone have any better news for me?
Posted by Unknown at 5:29 PM

Hope you will keep on offering good content like this more often. I feel more and more people should know about this. Also, I agree on most of the points you have made.
mba assignment help